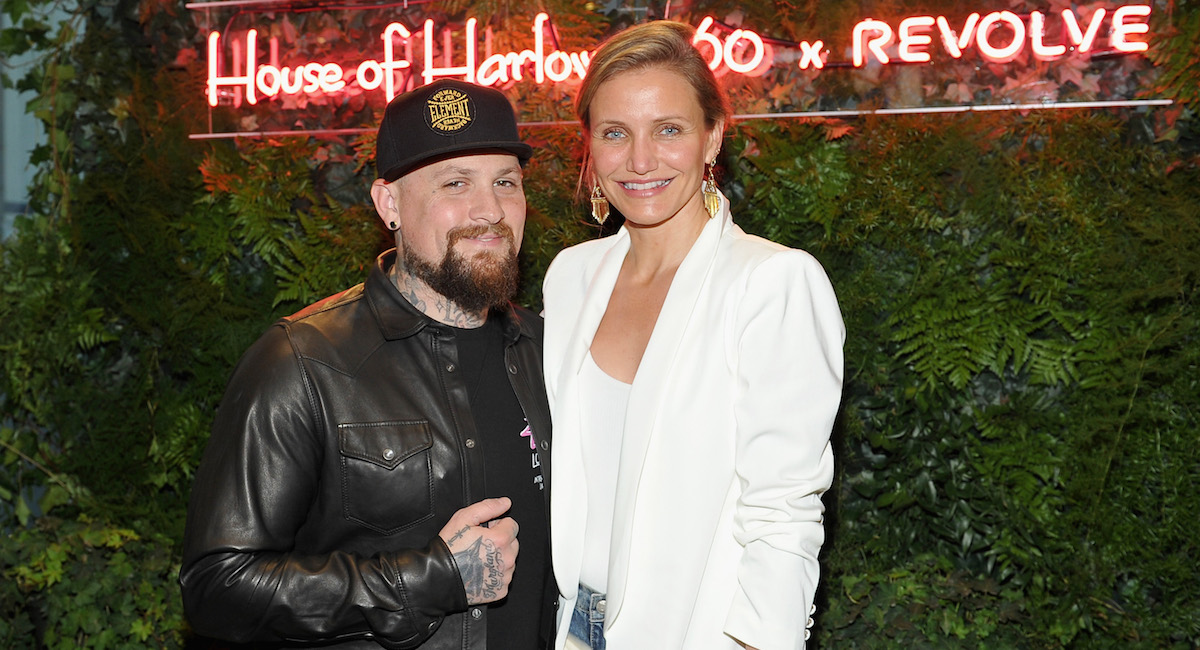 Starting in the late ‘90s and right through the first decade of the 2000s, Cameron Diaz had quite a number of high-profile relationships. First, she dated Jared Leto from 1999 to 2003, then Justin Timberlake from 2003 to 2007, and finally Alex Rodriguez between 2010 and 2011. Despite all of the A-list men in her life, however, the actress just couldn’t seem to find her person.

Rather than committing purely for the sake of settling down, she stayed true to herself and, come 2014, the wait paid off in a big way. All it took was the right encounter with the right person (Good Charlotte guitarist Benji Madden) and her life was forever changed.

Here’s what we can learn from Cameron Diaz and Benji Madden’s relationship:

Cameron Diaz hasn’t spoken much about her celebrity exes, but according to their accounts, as well as insider sources, it seems that those connections fell apart because the actress refused to settle in love. And when she did try to go against her gut, things didn’t work out the way she wanted them to.

Diaz was at the height of her career when she began dating Justin Timberlake in 2003. They were together for four years and, in a newly resurfaced interview, Timberlake appeared to imply that they just couldn’t get on the same page.

It was 2006 when Ellen DeGeneres jokingly asked the “Cry Me a River” singer if she should start picking out a bridesmaid’s dress. He quipped, “Know what? Go ahead and reserve one. The only thing is, you’ll have to stay the same size for the next 15 years.” Ouch.

Following their split, Diaz seemingly tried to learn from her past and, when she got together with Alex Rodriguez in 2010, she became overly enthusiastic. As she soon learned, however, you can’t ignore your gut. Following their split, a source told Perez Hilton that Diaz felt “hurt and betrayed because she tried so hard to please him. She went overboard.”

There is no shame in admitting that you haven’t found “the One”. As long as you are listening to your inner voice, you can’t go wrong. The truth is that if you try to force love, the outcome will never be positive. While breaking up isn’t easy, sometimes it is for the best. And it doesn’t devalue your former relationship in any way.

As Diaz herself said in 2010, “I think the big misconception in our society is that we’re supposed to meet The One when we’re 18 and we’re supposed to get married to them and love them for the rest of our lives. Bulls***.” She added, “Life is long and lucky and yes, love might last forever, but you don’t always live with the person you love forever.”

Falling in love has no age limit

Cameron Diaz was 41 when she finally met the love of her life. It happened in May 2014 when she was hosting a dinner party and invited Nicole Richie and her hubby, Joel Madden, to attend. The latter asked if he could bring his twin brother, Benji Madden, and the rest is history.

While Richie tried to take full credit for their romance — “I’m going to take responsibility for everything!” she joked on Watch What Happens Live — there’s no doubt their instant connection was the real catalyst.

Not only was Diaz attracted to Madden —”The first thing I said when I first met my husband was ‘He’s hot!'” she revealed on Radio Andy — but she felt something deeper.

Unlike with her previous relationships, Diaz had no doubts this time around. The pair got engaged in December 2014 and tied the knot at their Beverly Hills home in January 2015, less than eight months after they started dating.

The quick timeline is made all the more surprising when you learn that Diaz never planned to get married. “I didn’t think it was something I’d do, and I don’t know if I’d have done it if I hadn’t met my husband,” she confessed in 2016. “It was a surprise.”

But she knew she had something special and she didn’t want to lose it. As she told InStyle in 2019, “I don’t know if I was ready [when I got married], but I knew Benji was special. He’s just a good man […] It’s really refreshing. I’m grateful for him.”

In 2020, Diaz and Madden celebrated their five-year wedding anniversary and it’s clear they’re still madly in love. Madden has gotten his wife’s name tattooed on his chest and has repeatedly called himself “the luckiest guy alive”.

Meanwhile, Diaz is his biggest fan, gushing, “He makes me proud every day.” But that doesn’t mean their marriage is easy. That’s because, as Diaz will be the first to tell you, even the strongest union requires work.

Marriage is certainly hard, and it’s a lot of work. You need somebody who’s willing to do the work with you, because there’s no 60-40 in marriage. It’s 50-50. Period. All the time.

As long as you’re sure in your match, you can work towards greatness together. Diaz added, “Getting married to him was the best thing that ever happened to me. My husband’s the best. He’s the greatest human being, and he’s my great partner.”

Asked what the hardest part of marriage is, she revealed, “I learned all these things about myself that I wish I had never learned about myself and I wouldn’t have known them if I didn’t get married.” At the end of the day, though, it’s all worth it. As she concluded, “When you can grow with someone, it’s very important [to a happy, long life].”

Focus on your future, not your hardships

Since meeting Madden, Diaz has all but forgotten about her past relationships.

Nothing matters now that I have my husband. That’s the thing, that’s how I know he’s my husband: no one compares.

It’s that commitment and devotion that can help guide you through the toughest times. After tying the knot, Diaz and Madden had to endure a long, hard struggle while trying to conceive, but rather than dwelling on the hardships or trying to place blame, they remained united and stayed focused on the future — as a team.

In December 2019, the lovebirds received the greatest gift of all when they welcomed their first child, daughter Raddix Madden.

As Diaz and Madden show us, real love can’t be rushed and it certainly can’t be faked. By choosing to be single rather than trying to force a connection, Diaz was rewarded with a once-in-a-lifetime love. It must have felt like a gamble at the time, but once she met Madden, everything fell into place. That’s because, while relationships do require active participation and work, the connection should always be effortless. When you know, you know. 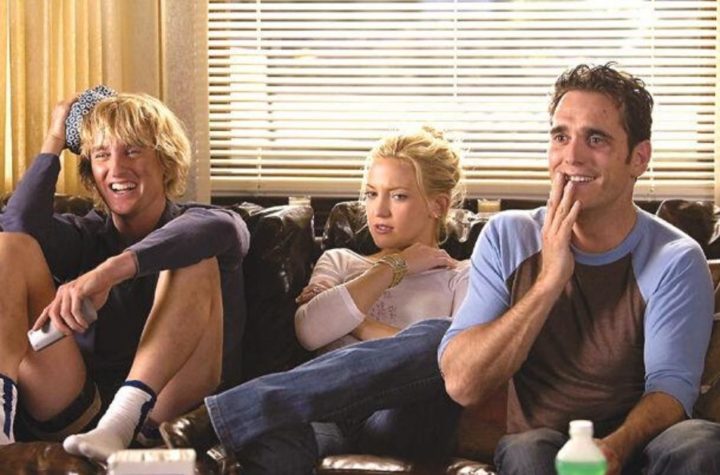 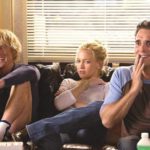 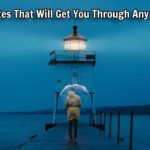 Researchers Reveal the Cause of Asperger’s Syndrome 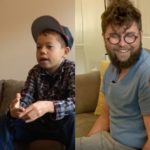 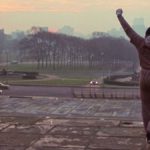 25 Quotes About Strength That Will Help You Develop Resilience 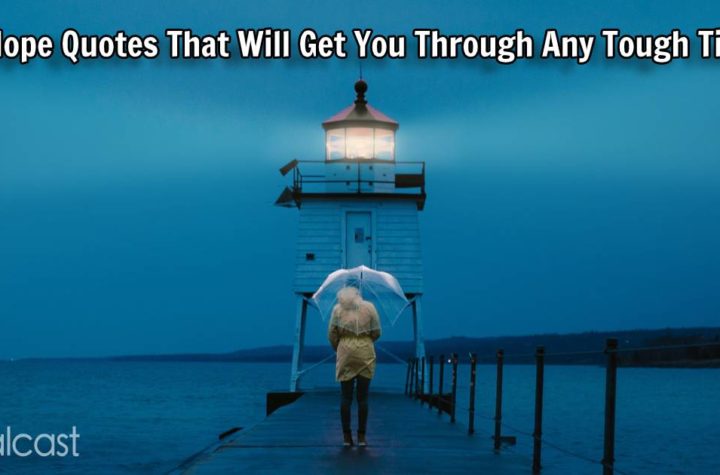 21 hours ago Shine Light
We use cookies to ensure that we give you the best experience on our website. If you continue to use this site we will assume that you are happy with it.Ok