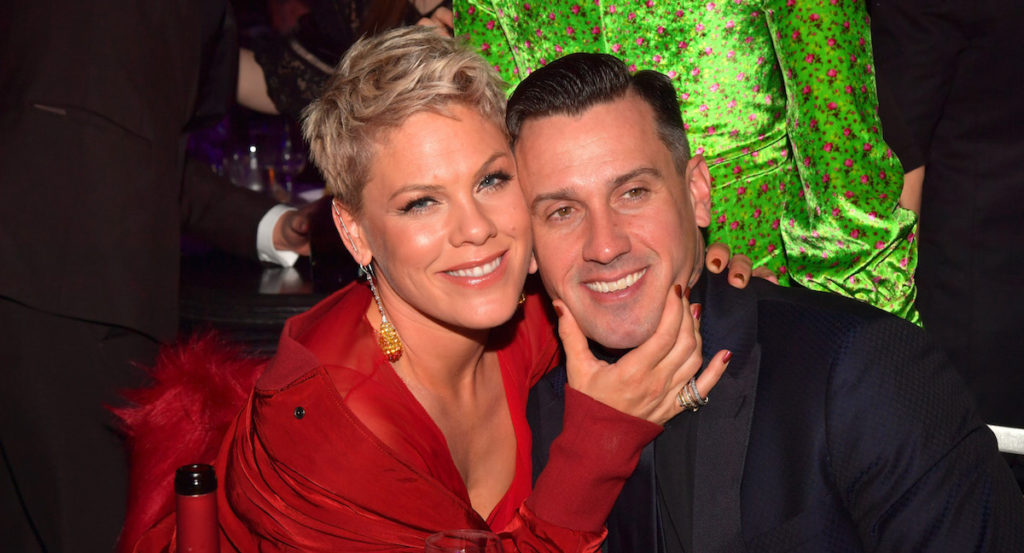 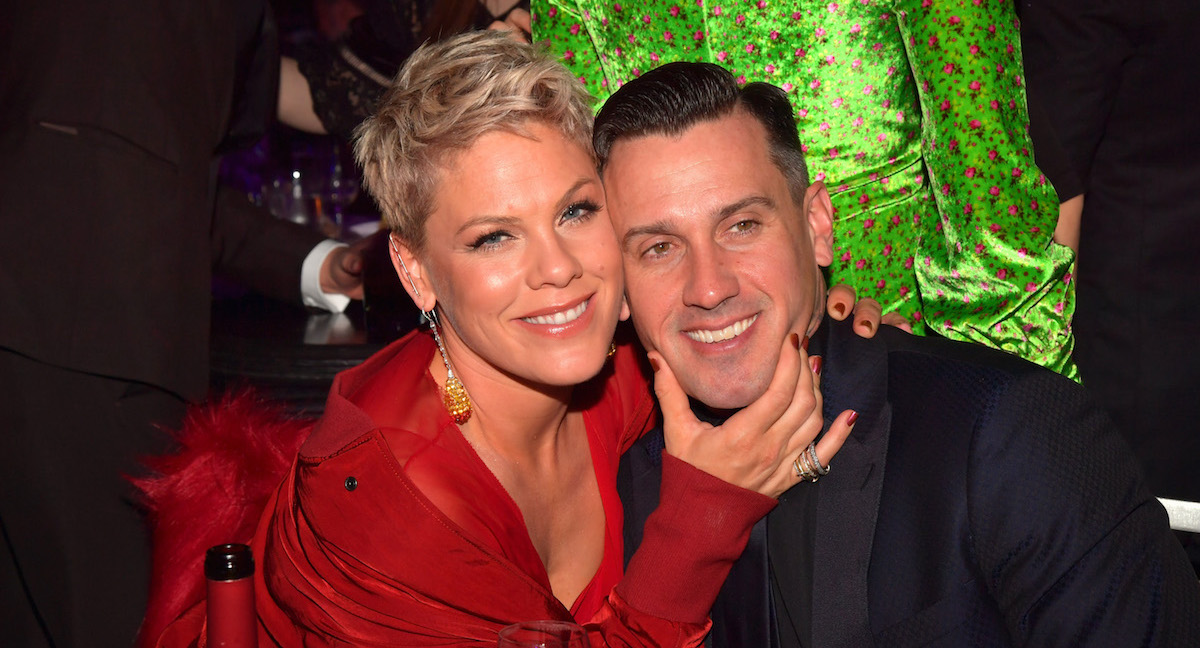 If you were to believe Hollywood, you might think that true love is simple, easy, and all-around perfect. Unfortunately, the big screen doesn’t reflect the real world when it comes to romance. That’s because, in reality, all relationships require work. Take Pink and Carey Hart for example.

They’ve been together for nearly two decades, are crazy about each other, and yet, their love story is riddled with breakups, drama, and mixed emotions. Their romance is proof that true love doesn’t mean easy love. What it does mean is unbreakable love.

Here’s what we can learn from Pink and Carey Hart’s relationship:

The Grammy-winning songstress and her motocross pro hubby have always been open about their unconventional love story, which began in 2001. It all started when Pink attended the Summer X Games and became smitten with one of the contestants — Carey Hart.

They hit it off and began dating almost immediately. In 2005, they got engaged when Pink, true to form, broke convention and proposed to Hart during a motocross competition. They tied the knot in 2006, had their first child, daughter Willow Sage, in 2011, then their second, son Jameson Moon, in 2016.

Their courtship reads like the perfect love story, but take a closer look and you’ll see the major obstacles they’ve had to overcome. Namely, a couple of major breakups. They first split two years into their relationship, then again in 2008 following just two years of marriage.

During that time, they even drew up divorce papers, but then the couple had a revelation…

True love is worth fighting for

Rather than taking the easy way out and going their separate ways, Pink and Hart decided to put in the work. As the “What About Us” singer revealed, they started on the road to reconciliation with a big dose of honesty when she showed Hart exactly how she felt.

As Pink told Redbook, despite them being estranged, Hart asked her to perform at his Las Vegas club on New Year’s Eve 2008. She agreed, but she had a plan.

“After soundcheck, I told him that he needed to come to my room,” she recalled. “I had made him a photo album of all the cards he had ever given me, of all the photos of our entire relationship. I spent months on this album. On the last page, I pasted a photo of me from a really bad movie I made years ago with my neck slit and blood everywhere. Next to it I wrote, ‘This is me without you.’”

On the next page, there was a picture of a baby. And I wrote, ‘The rest is unwritten.’ The divorce papers that we never signed were behind that page. I was like, ‘The rest is up to you.’

Be open to evolution

Presented with such a genuine show of emotion, Hart told Pink he wanted to get back together. But it wouldn’t be easy. Following their reconciliation, Pink and Hart had to put in serious time and effort to make their romance work. And they had to be open to evolving — both as individuals and as a couple.

As Pink told Redbook, the first thing they changed was their work-life balance. “Because we were working all the time; there was so much time between our visits,” she noted, revealing the reason for their breakup.

“Carey would see me for five days and be gone for six weeks. We’d try to fix everything in those five days — you just can’t do that. And it builds and builds and you don’t even know what to say or fight about anymore, and there’s no middle ground, and it’s like, f*** it, we’re not getting anywhere.”

These days, they have a more balanced approach and take turns focusing on their careers. When Pink goes on tour, her whole family goes with her.

And when it’s time for Hart to pursue his passion projects, she takes a step back and supports him. As she announced in 2019, she’d be taking a year-long break from music specifically for him.

Carey is super supportive. He follows me around the world, and now it’s his turn.

There’s no shame in couples therapy

Realizing (and admitting) that another one of their major problems was communication — “When you become silent and give up, you’re doomed,” the singer noted — Pink and Hart proudly became a “couples therapy people.” As Pink told Redbook, she went into the experience ready to change and learned a lot of invaluable lessons.

The first was the importance of full commitment. “You can’t have one foot in and one foot out,” she told the magazine. “You have to dive in and be willing to be executed at the stake for the love you want.”

She also realized she needed to work on herself.

I knew how to walk away when I met Carey. I knew how to tell him to f*** off. But I didn’t know how to sit at a table and actually work through something. Now we’re really good at that.

As she told The Guardian in 2017, “Monogamy is work! But you do the work and it’s good again.” You need to accept that there will be lows and not let them drag you down, as tempting as it might sometimes be. “I think we both deserve a trophy,” she joked in 2020. “It’s one day at a time. One day at a time.”

Hard work really does pay off

If there’s one thing Pink and Hart have always excelled at it’s being honest and it’s served them well in love. Whenever they celebrate a relationship milestone, they do so with a big dose of reality, and humor.

In 2018, Pink joked, “12 years married today. 16 if ya count the four years we spent deciding if we were going to live together forever or kill each other. It’s been a nice mix of that ever since.” In 2019, Hart quipped, “Can’t believe it’s our 13th wedding anniversary. Who would have thought two misfits like us could pull it off!!!”

A reminder that we can get better at relationships

Yes, relationships are hard, but putting in the work can pay off exponentially. As Hart shared in 2020, all of the hardships have been worth it. “14 years married to this amazing woman. I’m so proud of the life that we have built together,” he wrote.

“Both of us came from broken homes, yet we made the choice to work hard at our relationship. And look at us now! Two misfits when we met, we have grown together and now have an amazing family.”

With hard work comes big reward and relationships are no different. If you make a commitment to focus and improve your love every day, you can not only become a stronger couple, but a better version of yourself.

Almost all my posts and comments get a least one upvote. If the same applies to most of you, let it be a sign that there’s always someone out there waiting to support you.

Almost all my posts and comments get a least one upvote. If the same applies to most of you, let it be a sign that there’s always someone out there waiting to support you.

You are my fairytale

8 hours ago Shine Light
We use cookies to ensure that we give you the best experience on our website. If you continue to use this site we will assume that you are happy with it.Ok