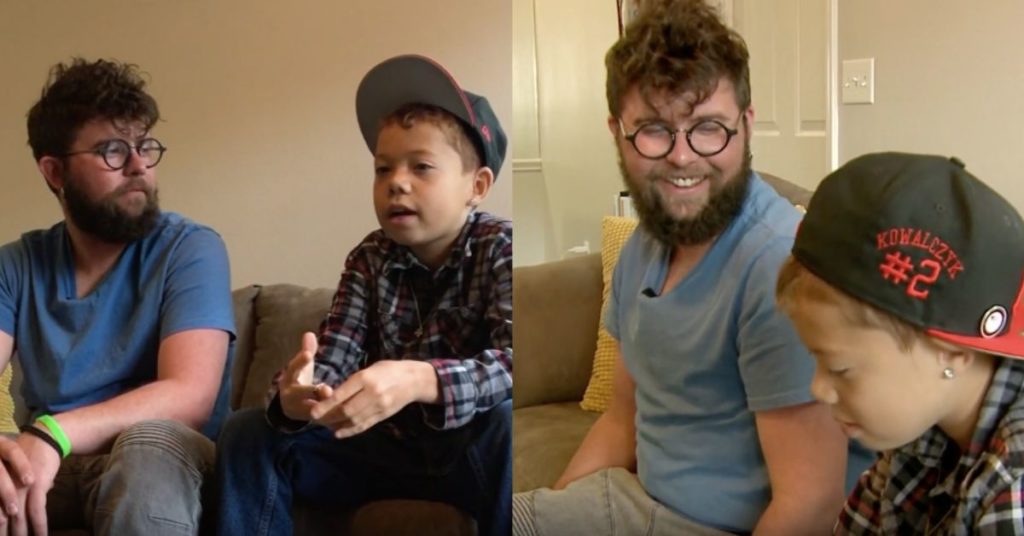 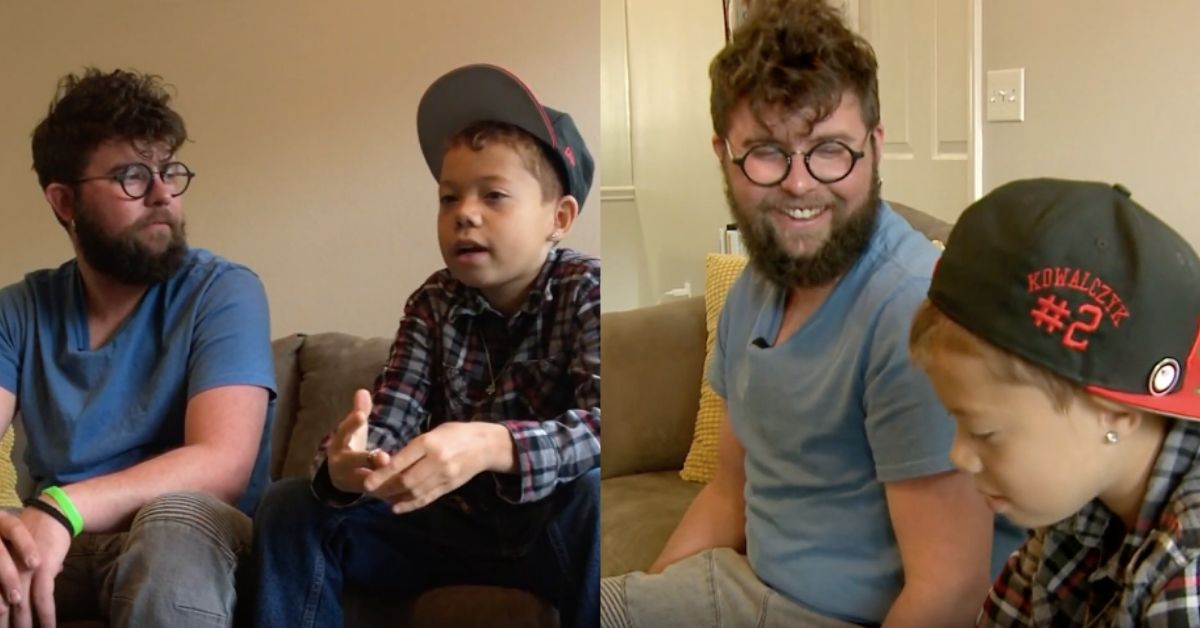 Finn Lanning had a good life. He was a teacher who enjoyed his job and enjoyed his lifestyle as a single guy – but then he met a new student, 12-year-old Damien, and everything changed for the better.

Finn was working as a math and science teacher at AXL Academy in Aurora, Colorado, for the past seven years. In 2018, shortly before Thanksgiving one of his seventh-grade student told him he wouldn’t be returning to school after the break.

His student was dealing with a difficult disease

Finn was shocked to hear that Damien was suffering from focal segmental glomerulosclerosis, an autoimmune disease that had seriously damaged his kidneys.

Damien
had been dealing with the disease for years, but his symptoms were worsening, from
swelling to difficulty walking, and life had gotten harder when he ended up in foster
care after his mother couldn’t manage his medical needs.

He told me he had to leave the foster home he was living in and was moving into the hospital because they didn’t have another place for him.

“I remember kind of sitting there with him and not really knowing what to say.”

Damien had a really rough life. He was sick and scared and on top of that, he didn’t have a true home. He bounced from foster home to foster home between hospital stints. He wasn’t even able to be on the kidney transplant list, something he desperately needed, because he didn’t have a stable home environment.

He was getting passed around to different people who offered different levels of care with long periods in-between of literally living alone in a hospital because there was no place else for him to go.

“He’d have a nurse who took care of his health and that was his life,” Finn added. “I’m surprised he managed as well as he did.”

After that conversation with Damien, Finn immediately knew what he wanted to do. The teacher visited his student at the hospital, and during Christmas break, he decided to foster him.

Finn never thought he would become a father

“I’d really thought a lot about this decision,” he adds. “I didn’t want to be another person in a long line who’d made a commitment to him and then couldn’t keep it. I wanted him to trust me and feel comfortable.”

He got trained on how to administer the boy’s daily 12-hour dialysis and was “shocked” when he learned just what that consisted of. “It’s a lot scarier and riskier than I thought,” said Lanning.

Lanning is now in the midst of adopting Damien. “I’m grateful
that Finn has helped me have a place to live, make friends and enjoy my life,”
says Damien, who has since gotten back on the transplant list and had the
surgery in June 2019.

“It’s the simple things we enjoy doing together. I never thought I would end up being a father. I feel very lucky.”

Together, they enjoy cooking, and going to the movies or the arcade. Finn takes time off from work to care for him and they spent this past Christmas with Lanning’s family in Wichita, Kansas, where Damien sang karaoke for the first time.

You kind of lose hope after a while when you’re living in the hospital. But now, I can settle in, go to school, make friends and live a good life. It changed my perspective on the world. Now, I can do anything.

Making a difference is always worth it

While Finn never thought he would find himself becoming a father, he still took a leap and did what he felt was the right thing. Evidently, he had to adapt to a new way of life, but that is a poor price to pay for providing a child in need with a safe home and space to heal.

Not only did he give Damien a new place to grow up in, he also helped his chances to get a life-saving kidney. Finn’s selfless act is an inspiration to us all, and proof that we can always make a difference in someone’s life.

The post Teacher Adopts His Student And Changes Both Their Lives Forever appeared first on Goalcast.

Therapist Explains 5 Ways Couples Can Recover From a Fight

How to Attract A Man (Without Saying A Word)

Therapists Explain 13 Reasons to Stop Remembering Your Past

7 Things That Kill A Conversation 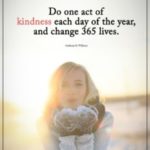 Therapist Explains 5 Ways Couples Can Recover From a Fight

23 hours ago Shine Light
We use cookies to ensure that we give you the best experience on our website. If you continue to use this site we will assume that you are happy with it.Ok